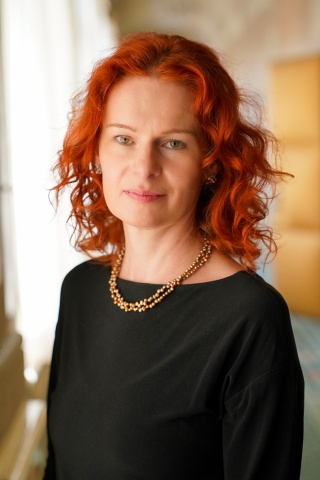 Government Office of the Slovak Republic, General Director of the Recovery Plan Section
Ing. Lívia Vašáková, PhD., works as a Director General of the Recovery Plan Section at the Government Office of the Slovak Republic. She previously worked as a Head of Economic Analyses Section at the European Commission Representation in Slovakia and as a key energy modeller in the Directorate General for Energy Energy at the European Commission in Brussels. She graduated from the University of Economics in Bratislava and studied at the Johannes Kepler University in Linz, Austria; Ludwig-Maximilian University in Munich, Germany; University of Aix-en-Provence in France and the University of Ljubljana in Slovenia. She also holds a post-graduate degree from the Europa Kolleg Hamburg.
Sign in to ITAPA in 2023 (ITAPA HEALTH & CARE, Spring ITAPA, Autumn ITAPA)
Sign in