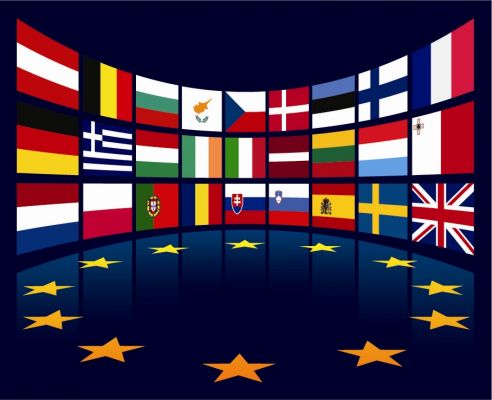 More than one hundred thousand Europeans were reached by telecentres in 30 European countries in the 2011 Get Online Week campaign. Neelie Kroes, the Vice President of the European Commission thanked telecentre staff, and hailed them ‘European heroes’.

When the Telecentre Europe Get Online Week counter was stopped last Saturday evening it stood at 112,074. More than one hundred thousand people had answered a few simple questions in a short survey to show they had been reached by the campaign. This simple figure however doesn’t tell the whole story. Who were these people, why did they get involved, and why are they heroes?

They had been supported to use the internet in about 5,000 telecentres in 30 countries across Europe – education venues, libraries and NGOs providing support to use computers and the internet. Of the 112,074 that were supported to use the internet, or a new online service for the first time, about one in ten were unemployed (9.6%), and one in seven were retired (14.5%), and just under a third were in employment (31%). About half were under 25, one third between 25-55, and just under a fifth, almost 20,000 people, over 55. There was a majority of women (56%) to men (44%). These demographics however still don’t tell the whole story.
One of these telecentre ‘heroes’ was Laurencija Navagrudskaitè from Langas I ateiti in Lithuania. She said “We’ve already had learners of 76 and 86 years old. The record breaker was a man of 90 years old. Very many people come in and say, from almost the first day, ‘for me, it is important to pay public utility charges and to avoid standing in queues’”. One of her students, Irene Kirilova, a nurse in Lithuania said “well I don’t want to be lagging behind my family. My grand-daughter and daughter know how to use the computer, and I don’t know anything. So I decided to learn a bit for myself.” Elena Garšvienè, a doctor in Lithuania continued “because I have to write reports each year, and I always have to ask for help from my children or someone else, or form my colleagues who know how to use the computer. I would like to do everything on my own. Children… well perhaps they could teach me, but instead they say ‘mom let me do that for you’”.

For about one in six (just under 20,000) this was the first time they had ever used the internet. Their technology journey was just starting. Gabi Barna, Chair of Telecentre-Europe, and Director of EOS in Romania said: “The people who visited telecentres during Get Online Week, will be being supported this week, and next week, and likely for a number of weeks to come. They started a journey of discovery about computers and the internet, which will lead them to benefit from better job prospects and wage premiums. They will have better social, community and civic connections, and personal economic savings and benefits to them, as well as macro-economic savings and benefits to their governments’ and to industry”.

The rest, just over 90,000 people, had already started their journey, but were in a telecentre being introduced to online services for the first time, or receiving ongoing support or learning. This ongoing support that local telecentres provide is vital.
The 112,074 captured by the counter were not the whole story. In Lithuania a further 80,000 people had completed the survey to support the campaign, while in Latvia another 200,000 people had used it as part of their new online population census. Further to this there were at least a further 10,000 people who had used their respective nations e-learning platforms without it being registered on the survey. All of this leads to a much larger, wider figure of around 400,000 people reached by, or supporting, the campaign.

The Telecentre-Europe campaign team also recognizes support from a range of stakeholders including the patronage of Neelie Kroes, the Vice President of the European Commission, and the Commissioner responsible for the Digital Agenda. Commissioner Kroes said “To all those who are involved in Get Online Week, and Europe’s network of telecentres, I want to thank you for your life changing efforts. You are really European heroes! With every person you move from offline to online you are making a better Europe.”
The campaign also received invaluable support of Microsoft and Liberty Global.

Sylvie Laffarge, Director for Community Affairs for Microsoft in Europe, said “For Microsoft, Get Online Week was both a celebration of partnership and helping people connect to new opportunities and information through creative action. We are a committed corporate supporter of the goals of the Digital Agenda and this grass-roots and community-led effort was a fabulous way to work across diverse geography toward goals of increased eSkills and inclusion together. We’re proud and pleased with the outcomes of the week and look forward to continuing our collaboration in the future together with all who want to join in supporting this dynamic initiative.”

Finally, Manuel Kohnstamm, Managing Director Public Policy & Communications of Liberty Global said “Our Corporate Responsibility is founded on Digital Inclusion, thus we are proud to have teamed up with Telecentre Europe for Get Online Week 2011. This concentrated effort to reach the digitally excluded across Europe produced remarkable results and we look forward to multiplying these efforts in the coming year.”