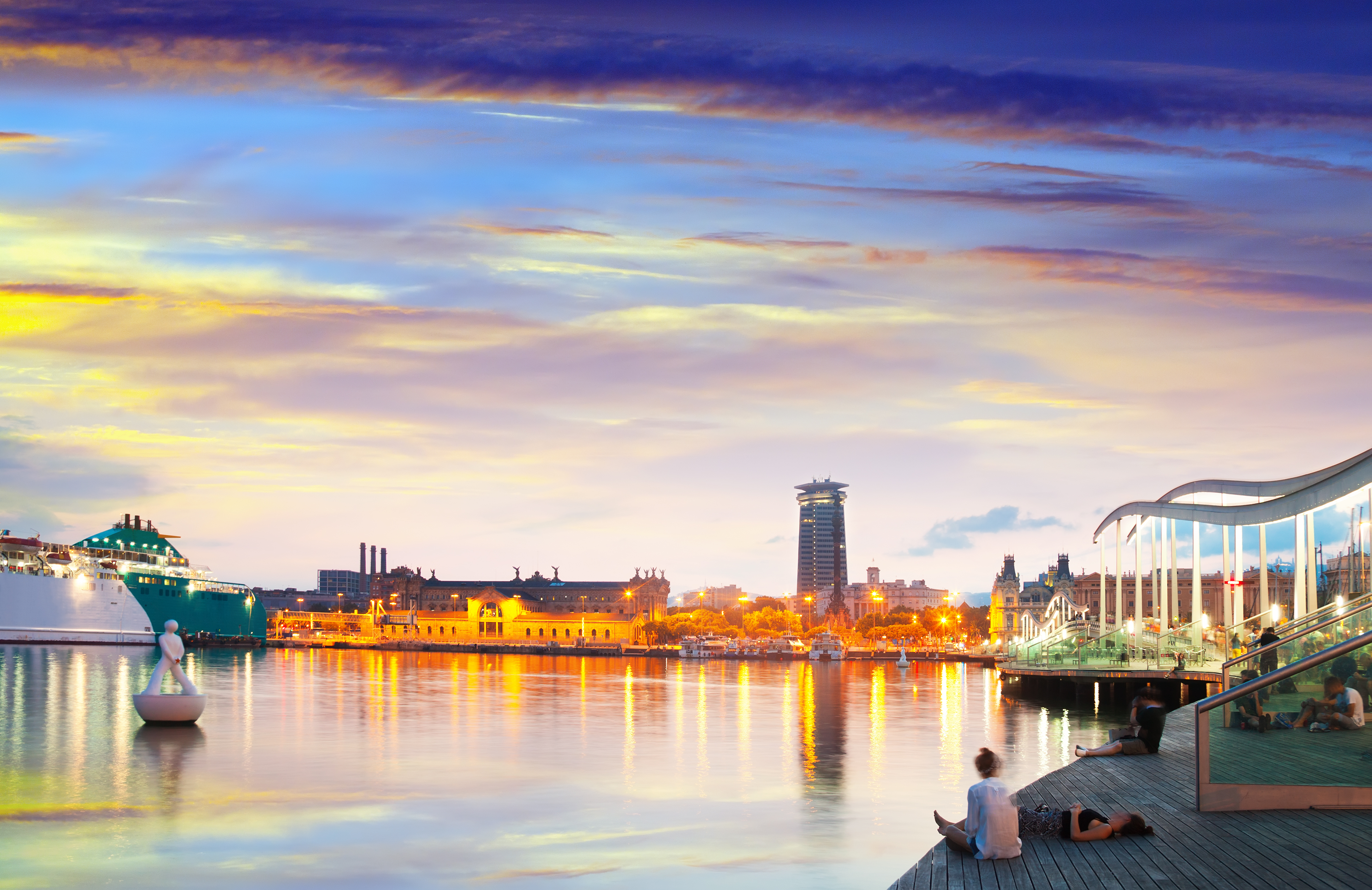 Barcelona presents one of the most popular must-see cities in Europe. Being a cultural and business hub, Barcelona is now the fourth most economically powerful city in the European Union. In 2009, it gained the status of the third strongest city brand in Europe (right after Paris and London). Thirty years ago, however, 30 years ago, Barcelona was on the verge of collapse. Traditional textile manufacturing sectors have disappeared, unemployment rates were high in the city and the economy was stagnating. Yet, thanks to modern technologies, self-government has succeeded in transforming the city into a modern one with improved infrastructure, economy and the quality of life and started to attract investors at a significant rate. Barcelona has one big advantage: 500 kilometers of fiber optic cables. This network began to be built 30 years ago when it was aimed to connect two buildings of the municipal government. Today, it provides the basis of an integrated urban system. The network serves as a direct internet line for the residents and visitors of Barcelona. The city also used this network to build an individual IoT system in urban services. Let's look at some areas where the city has built successful smart city projects.

The city was installed by 19,500 smart meters that monitor and optimize energy consumption in selected urban areas. Another area where Barcelona is trying to act more economically is the lighting system. In 2014, it already had more than 1,100 street lamps turned into LED lamps with lower energy consumption. These lamps also have built-in sensors that help to save energy by adapting to the situation on the street. When the street is empty, the light dims. When the pedestrian approaches, the lamp lights up. Recently the smart lighting system has been used to attract people to visit events. Lamps are also part of the city WiFi network and provide free internet access. In addition to that, they collect air quality data. Energy savings are estimated at € 33 million per year.

The rubbish bags from households are thrown into smart rubbish bins which suck in into underground storage. Sensors monitor the amount of waste, and since the garbage is kept underground, people on the streets won’t smell it. Moreover, the garbage collection is less audible. The system delivers up-to-date information on the amount of waste at different collection points which are then collected accordingly. The system has contributed to reducing collection costs, reduced noise and helped to eliminate unpleasant odors from rubbish. Added value to all of these advantages of the intelligent waste system is generated energy from the incineration of waste that is being used for heating systems. There are sensors being developed to be able to detect hazardous wastes.

Barcelona, like many other major cities, is working on functional alternatives for individual transport. The City Bikes project is called Bicing and is only available to Barcelona residents. The city has also invested heavily in public transport and has added new routes to minimize the number of transfers. Smart Solar Stations will tell you where the bus is located, you can charge your phone there, connect to WiFi for free or download city apps. Barcelona has also introduced intelligent traffic lights which would enable the optimization of the number of green lights on the hauled routes. These traffic lights can also identify emergency services cars and allow them to get to the emergency situation more smoothly.

Unfortunately, some smart projects failed to work in practice. One of them was a system of electromagnetic sensors embedded in asphalt in parking spaces. Sensors were to identify whether the parking lot is free or not. However, whenever a subway train stopped, the sensors identified it as "occupied." In addition, members of the smart city team realized that parking places in their city get occupied within 30 seconds and therefore it is useless to develop a system to identify vacant parking spaces. One can find parking space using a mobile application called AREA.

Barcelona also uses IoT technologies in urban parks. Sensors monitor the water level in public fountains. Thanks to sensors that monitor rainfall and air humidity, park maintenance is well informed about the amount of water needed for irrigation. The program has been implemented in 68% of urban parks and has reduced water consumption by 25% which is equivalent to about € 500,000 per year.

Various smart projects launched by the Barcelona municipality have contributed to money-saving and water and energy reduction.  It is estimated that IoT systems helped to save EUR 55 million on water, increased parking revenue by EUR 50 million per year and created 47 000 new jobs. Barcelona’s welcoming approach attracts startups and investors.

Today, Barcelona benefits from the farsightedness of the municipality that has given the green light to new technologies investments 30 years ago. The city is one of the best-known examples of what we call a smart city and presents an example to many other global metropoles.

You can learn more about innovations and the best smart solutions for cities and regions at the upcoming International ITAPA Congress 2019.