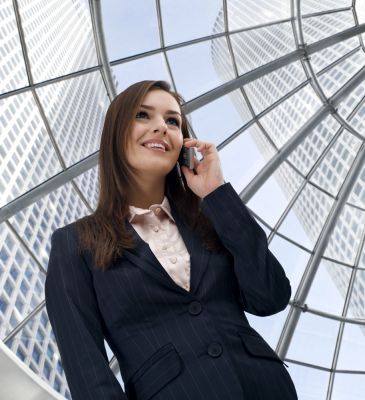 Almost three quarters of Europeans are worried about the cost of using their mobile phone when travelling in the EU a survey released by the European Commission shows.

72% of travellers still limit their roaming calls because of high charges even if a majority is aware that prices have fallen since 2006. Only 19% of people who use internet-related services on their mobile phones when abroad think the costs of data-roaming for (Internet surfing or checking e-mails) are fair. The results of this survey, plus the public consultation on the future of the Roaming Regulation (IP/10/1679), which closed on 11th February, will feed into the Commission's review of current EU roaming rules, due by June 2011. The performance target set by the Digital Agenda for Europe (see IP/10/581, MEMO/10/199 and MEMO/10/200) is that the differences between roaming and national tariffs should approach zero by 2015.

Neelie Kroes, Vice-President of the European Commission for the Digital Agenda said: "Telecom companies must listen to their customers. Consumers feel there is still much room for improvement, particularly for data roaming. As I promised in the Digital Agenda for Europe, I intend to ensure better roaming solutions for European citizens and businesses."

The survey shows that today more people are using their mobiles whilst travelling in the EU than four years ago, when the EU first introduced roaming rules. Despite an estimated 13% fall in travel between 2006 and 2010, the overall volume of calls received and SMS sent while abroad in the EU has grown during that period. Travellers report making 32% more calls, receiving 31% more calls and texting 43% more since 2006.

The survey also shows different habits across the European population. For instance:

•88% of Cypriots mostly use voice services but only 44% of British travellers.

•81% of Irish mobile users roaming in the EU favour text messages and only 24% of Portuguese.

•32% of Bulgarians do not use their mobile phones abroad at all.

Among frequent travellers, 61% are aware that roaming prices decreased following the EU's intervention. However, the changes in consumer behaviour have not all been positive:

•Around 1 in 5 mobile users have cut down their use of roaming services in the past 4 years. This is due to their perception of the cost.

•72% of mobile users continue to limit their mobile voice calls while abroad because they are worried about the costs.

•81% of Swedes, 72% of Italians and 57% of Greeks are using roaming voice services less because of cost concerns.

The survey also shows that data roaming services (such as surfing on websites or downloading data) have started to take-off with 10% of respondents making use of these services.

•17% of Lithuanians and 15% of Spanish say that data roaming is the service they use most while abroad whilst only 2% of Hungarians and 4% of Germans use this the most.

•Young people are more likely to use data roaming: 15% of 15-24 years old prefer to surf on their mobile abroad compared to 6% of people over 55.

The special Eurobarometer survey on roaming questioned over 26,500 people in August and September 2010 in the 27 EU Member States. The primary sample analysed is those EU citizens who have a mobile phone and have travelled within the last 5 years in the EU.

The EU's Council of Ministers and the European Parliament, acting on a proposal from the European Commission, first introduced caps on roaming prices in 2007 (IP/07/870), ensuring that mobile phone users pay similar roaming tariffs across the EU. In July 2009, they adopted revised rules that cut roaming prices further so that by July 2011 the maximum roaming charges would, as default, be 35 cents per minute for calls made and 11 cents for calls received while abroad (see IP/09/1064 and MEMO/09/309). From 1st July 2010 travellers' data-roaming limit was automatically set at €50 excluding VAT (unless they had chosen another limit - higher or lower) and operators had to send users a warning when they reached 80% of their data-roaming bill limit (IP/10/843). The 2009 roaming rules will apply until the end of June 2012.

To achieve a competitive Single Market for roaming, the Commission will produce a full review of the functioning of the EU roaming rules by 30 June 2011 and will assess the extent to which the objectives of the rules have been reached and whether competition is working for roaming services.