WE HAVE A GREAT NEW WORLD WITHIN REACH. BUT POLICY MUST GO ASIDE 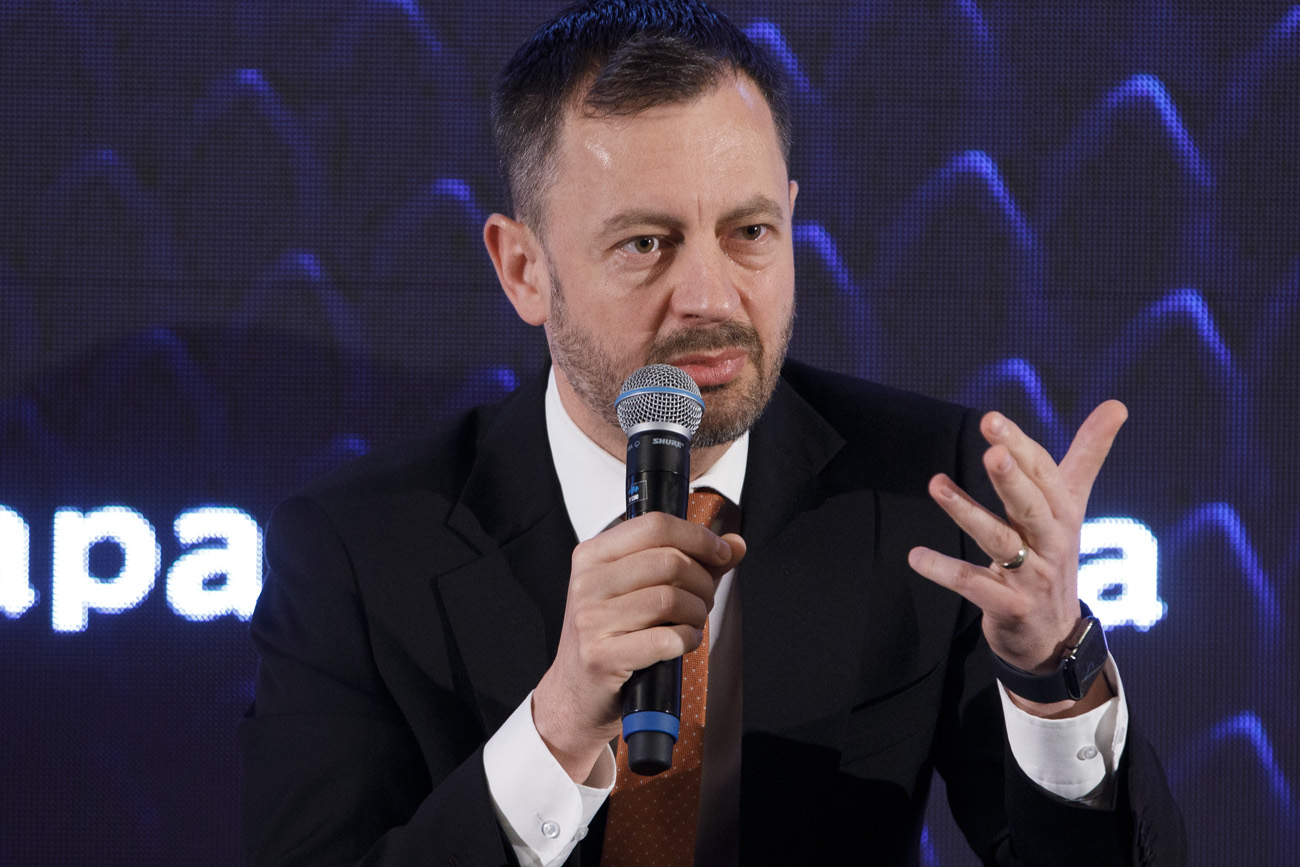 We have a chance to make Slovakia a successful, modern and, moreover, confident country. However, in order to do that, it is necessary to set aside politicing and build on cohesion and cooperation. "We are in the middle of the parliamentary term. Many people are frustrated and may not even realize that they are just starting to build a great new world. And I believe that I am at the head of a government that can lay the foundations of our future so that future generations will want to build on it and not change them, "said Prime Minister Eduard Heger exclusively at SPRING ITAPA 2022.

ITAPA DECIDES WHAT SLOVAKIA WILL BE

Innovation can make Slovakia the country we want to live in. This is one of the reasons why the government has set aside up to 600 million euros for the Slovak Republic's Recovery and Resilience Plan. "Here, at ITAPA, there are people who will decide what Slovakia will be like. There are investors, visionaries, entrepreneurs, top managers and government officials. And I need you on board. I invite you to cooperate, not asking for your trust, but for your patience. Let's set up an ecosystem together and show citizens that we are going in the right direction. If we can do it together, I believe that after two years you will also give me your trust, "said the Prime Minister, adding that it is essential that the state also begins to provide quality services. "But it needs strong institutions. And strong institutions are made up of quality people. They must be not only honest but also professional. "

UKRAINE MUST REMAIN OUR NEIGHBORHOOD

For Slovakia, a great new world also means a world in which our neighbor does not become an aggressor, but Ukraine remains. The country, which is facing the biggest war conflict since the Cold War, may lose some territory, but even if it does, Russia will be under constant pressure from partisan groups. "Even if Vladimir Putin managed to join Ukraine to Russia, it is the worst thing that could happen to us. It is in our highest security interest that this does not happen, "Defense Minister Jaroslav Naď told ITAPA. He further stressed - "everything indicates that Moscow will no longer achieve a strategic victory in the conflict, but it is essential to continue helping Ukraine."

The European Union has two billion euros in aid, but it needs to repay military supplies from other countries more quickly. The original plan spoke of a gradual payment by 2027, but Minister Naď wants to push for this to happen faster.

A NEW WORLD IN POWER ENGINEERING

The fact is that we woke up to the new world even today, on the second day of the Spring ITAPA 2022 conference. The Russian energy company Gazprom Export has announced to our largest energy supplier SPP that it will reduce its deliveries under the contract by 50 percent, while deliveries have been cut in various volumes since the beginning of this week. Richard Prokypčák, Deputy Chairman of the Board of Directors and CEO of SPP, spoke exclusively about this at the ITAPA conference. By the way, the shortening of gas supplies occurred just after we were exposed to a major cyber attack on the Ministry of Defense on the night from Thursday to Friday. However, as confirmed by Jaroslav Naď, we managed it without disrupting the infrastructure. The reason for the cyber attack was to be Slovakia's further aid to war-torn Ukraine.

However, Richard Prokypčák emphasized at ITAPA that Slovakia has nothing to worry about in this regard. "Today we have 52 percent full storage tanks, but in relation to the total annual consumption we currently have the most gas in the storage facilities in all Visegrad Four countries," said Richard Prokypčák, adding that they are currently working with several variants, even the worst - that gas supplies from the Russian Federation will be stopped altogether. According to him, the situation will not calm down until a year later, ie in the middle of 2023. At that time, we will even be able to choose from where the gas will flow to Slovakia. "On the day of the outbreak of war in Ukraine, a 'new world' arose for the entire energy sector, as the energy sector catapulted into the use of renewable energy sources in the future," R. Prokypčák emphasized at ITAPA.

YOU NEED TO WORK WITH YOUNG PEOPLE

Transformation is the way to a new world. "She will be thorny, but it's up to us how we build the world. The key thing will be people's resilience to change, "says Vladimír Šucha, Head of the European Commission Representation in Slovakia. According to him, we entered a period of great transformation and instability around 2010. It is this period that is associated with the exponential growth of data and we attribute to it a kind of beginning of the great digital transformation. And we are still in it. At the same time, Vladimír Šucha points out that in order to create a new and better world, we will have to suppress past experiences and learn to see and accept the future. This future will be based on 4 key competencies - creativity, empathy, compassion and critical thinking. "I would like to point out that none of these key competences are found in many European curricula. These are the skills that young people need today to cope with tomorrow. It is necessary to work with young people in formal, but even more so in non-formal education. And it is the support of informal educational activities that deserves ten times what it has today, "says Vladimír Šucha.

Sociologist Michal Vašečka also agrees with his words, saying that we are in the middle of paradigmatic change, but we do not know how it will turn out. The pace of change is too great, but we do not always be able to deal with them, set our own policies, so we try to run away from trends. "The problem is that we always take crises as crises. We consider them an opportunity. The fact is, people have never been better than they are today. If we want to move to a better world, let us first determine our vision as a country. Not on paper, but what we want to say about our existence, "M. Vašečka emphasized.

What is alpha and omega? According to panelists, clearly education. So far, no Slovak university has appeared in the ranking of the 500 best schools in the world. "The position of our schools in ratings is stable. It should be emphasized that no reform has so far had any impact on progress in these rankings. The ratings have not changed, we are going through the reforms on average, and therefore we must take a closer look at their impact, "said Ján Kyselovič from the Center for Scientific and Technical Information of the Slovak Republic at ITAPA. According to M. Vašeček, a well-targeted reform of higher education is a huge necessity. However, the government must do two more things so that we can say that we are living a new world. "Realize the fight against hybrid threats and improve the country's name in the world. Amazing and unique products are being created in Slovakia. But products marked Made in Slovakia are difficult to export, because many do not consider it relevant, some do not admit it, "said Vašečka.

The growth of our economy only thanks to the automotive industry or industry as such can already be considered as past glory. According to experts, we should focus on modern value-added technologies. According to Radoslav Danilák, the founder of Tachyum, which develops a supercomputer chip in Slovakia, the country's vision for the future should be based on the production of chips and other digital technologies. "In two to four years, we should be the leading leader in their production, the country's revenue would increase rapidly and our standard of living would rise. This is my idea of a new world for Slovakia, "added R. Danilák.